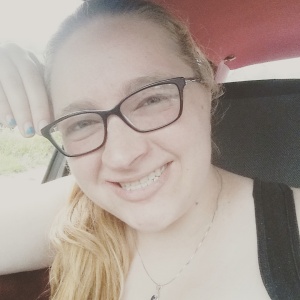 I’ve been a very busy bee this summer. I bet you’re thinking “Whatever happened to the vlogs you were doing, Jess?” And I will tell you: adult life.

After the third Casavloga episode all I did was go to work and write more of my thesis project. Which means all I have are video clips of me in the car on the way to and from work talking about my thesis project.

And I imagine you don’t want to watch what is pretty much the same episode week after week.

Eventually I just didn’t have the time to edit the videos, especially since I didn’t have much to say in most of them except, “On my way to work… again…”

END_OF_DOCUMENT_TOKEN_TO_BE_REPLACED

No it’s not just a gif of fireworks over Cinderella’s castle. I thought I’d talk about NaNoWriMo and my little plans for it. For those who don’t know National Novel Writing Month begins Nov 1 at 12:00am. The challenge is to write 50,000 words and ultimately finish the novel. Well as I’ve talked about in the My Fiction Friday posts I’m working on many pieces, but I will be focusing my efforts on the Charlotte Holmes piece.
I’m trying to organize a Write-In at school. Gather all the Writing Arts majors and stick them in a room and force them to finish that big project. Maybe I’ll feed them. Maybe it’ll be a potluck.  Who knows.

Maybe I’ll make it conditional. Write 1,000 words and you can have a slice of pizza. Write 2,000 words and I’ll let you out to pee. Should go over well.

I am currently working on a piece titled “Charlotte Holmes and the Mystery of Baker Street Prep.” I have been working on it for nearly a year at this point. It started from an assignment in my Writing Children’s Stories class at Rowan University. I wrote a short portion of it for my middle grade assignment and it just started going places on its own.

I imagine if you write you know exactly what I’m talking about. Sometimes the story just works on its own to create its own content. That happened with Baker Street Prep for a few chapters. The school just created itself. The intertextual puns all came together like they were meant to be there. Even the atmosphere of the school, the dark green uniforms, the black jackets, even the crest I sketched out (which I no longer like); it all came together very smoothly.

Charlotte Holmes and Joanna Watson fit together like best friends and are still true to their referenced counterparts. I thought I was going to experience a lot of trouble bringing the personalities of Sherlock Holmes and John Watson into the minds of 12 year old girls. But is has worked out pretty well so far.

The plot, on the other hand, has not. I have been having difficulty thinking up the in between plot of the book. I know who I want to be the bad guys, I know how I want it to end. Somewhere in between is very hazy to me though. I have too many ideas for crimes the villain can commit and not all of them are appropriate for a middle grade novel. I’m keeping them all in a notebook so that I can use them in this series when the characters and the readers grow into the young adult age range.

Charlotte Holmes and the Mystery of Baker Street Prep by Jessica M Tuckerman is licensed under a Creative Commons Attribution-NonCommercial-NoDerivatives 4.0 International License.
Based on a work at http://roundrobinwrites.wordpress.com.