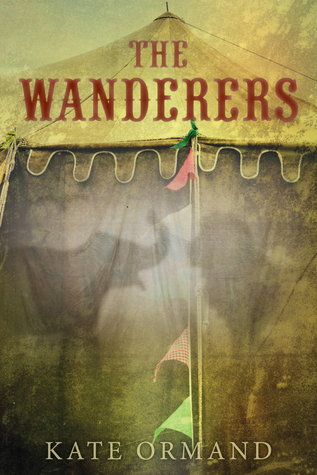 The Wanderers by Kate Ormand is a tale of a circus full of animal shapeshifters; an urban fantasy that boasts a higher death rate than a Game of Thrones book. I think it did at least, but I wasn’t really counting.

I was excited to get The Wanderers. I even called up my good friend JM Tuckerman to ask which book I should snag, and The Wanderers won. I got around to reading it sometime before the semester started up, and I found myself forcing my way through the book.

Now usually, when I force myself through, it’s because the chapters are long and the prose is thick. The opposite happened here. The Wanderers had short chapters and concise writing, and that is normally a good thing. If you’re writing early children’s or middle grade books. This was a middle grade format forced on top of a YA story.

The chapters, some as short as three pages, were barely more than a single scene or event. The writing felt dry in places, and even if it was tender writing, the plot almost felt lacking. Unless I had missed something, not much was happening to drive the plot. Plot points felt like they simple arrived, out of thin air.

Maybe a part of it came from not really being sure what to expect from the story. I had been promised a romance, and perhaps I expected the romance to take center stage but it was only a sign we passed on the road that said “There’s a relationship here!” and that was it. I also expected a fantastical adventure, and while some of that rang true, it was mostly the cast of characters stumbling blindly after the first major plot point.

That isn’t to say that The Wanderers wasn’t a good book; Ormand handled the characters viciously. Her descriptions of the characters changing into their animal forms was every bit as beautiful as it was rough. And by rough, I mean of course that the characters went through a lot of pain to get there. (And we all love watching characters suffer.) Her command of language was effective and to the point: flowers where she needed it and cement where she knew flowers wouldn’t cut it.

If short chapters and efficient prose is the love of your life, I recommend The Wanderers. If you have any interest in shapeshifters, I also recommend this one, just so you can see what Ormand brings to the table.